Pakistan's Most Wild and Beautiful Places

I have seen some of the most beautiful places on the earth in Pakistan, the rivers, the skies and the valleys and I am pleased to share this;

Most of you have enjoyed the Qawwalis, a South Asian tradition of group singing along with audience participation.  This unique program and will start out with the most popular Qawwalis, followed by Qawwals to reflect Hindu, Sikh, Jain, Christian, Muslim, and Secular traditions. We are finding the Qawwalis for other traditions as well.

Pakistan's Most Wild and Beautiful Places

The journey from the Arabian Sea to the ivory cones of the Himalayas.
Courtesy of National Geographic 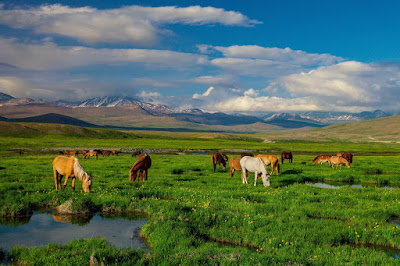 Known as “Land of the Giants,” a backdrop of snow-dusted mountains rises from the alpine plateau of Deosai National Park. Each spring, the lush valley is swept by wildflowers and rare butterflies, earning the name “Summer’s Palace” by locals, who enjoy the wildlife after winter’s thaw. This biodiversity hot spot is home to the Tibetan wolf, Himalayan ibex, Tibetan red fox, and golden marmots, but the government granted the park protected status in 1993 with the goal of safeguarding the critically endangered Himalayan brown bear. The park was also nominated for World Heritage status in 2016. 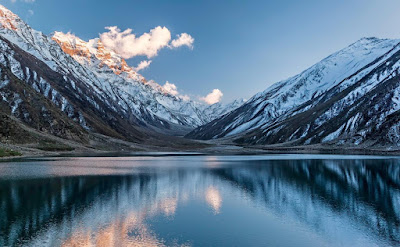 VIEW IMAGES
PHOTOGRAPH BY AHMED S. ZAIDI, GETTY IMAGES
KAGHAN VALLEY
Northern Pakistan's picturesque Kaghan Valley is a place of fairytales. According to one version of a local legend, a prince of Persia fell in love with a fairy princess on the crystalline waters of Lake Saiful Muluk, pictured above. But a giant was also in love with the princess, and held her captive. One day, the prince escaped with her, and in his fury, the giant flooded the valley and created lakes with his tears. Today, visitors from around the world travel to Kaghan Valley for its alpine lakes, mountain scenery, and clear night skies. 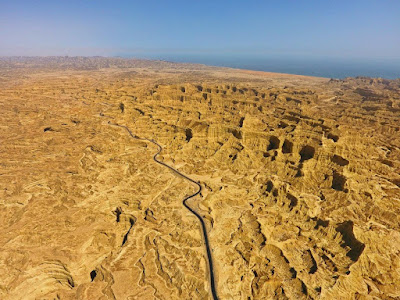 VIEW IMAGES
PHOTOGRAPH BY YASIR NISAR, GETTY IMAGES
MAKRAN COAST
The Makran Coastal Highway is a scenic drive along Pakistan’s Arabian Sea coast. The route starts in Karachi and runs through Gwadar to the Iran border, and is considered a major infrastructural achievement. Unique, lunar rock formations line a section of the highway known as the Buzi Pass in Hingol National Park. Natural rock sculptures, like the sphinx-shaped “Lion of Balochistan,” can be found along the highway. 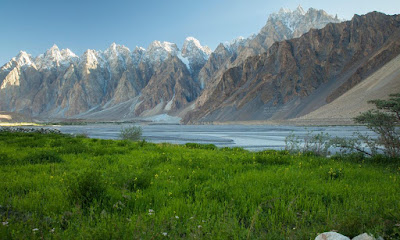 VIEW IMAGESPHOTOGRAPH BY JINHO CHOI, ALAMY STOCK PHOTO
HUNZA
In the northern territory of Gilgit-Baltistan, icy peaks stretch above the Hunza River. Situated on the riverbank and surrounded by glaciers and gorges, the town of Hunza traditionally served as a resting place for travelers descending the Hindu Kush mountains into the Vale of Kashmir. The valley is home to snow leopards, markhors, ibexes, and red-striped foxes. 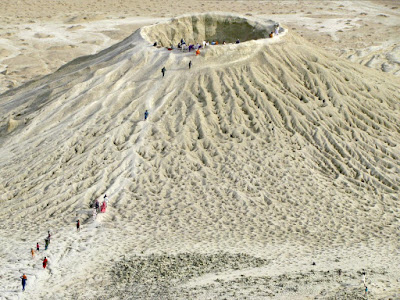 VIEW IMAGES
PHOTOGRAPH BY BASHIR OSMAN, GETTY IMAGES
HINGOL NATIONAL PARK
Pakistan’s largest national park extends hundreds of miles along the Makran Coast. While Hingol National Park is renowned for its diverse wildlife—Sindh leopards, chinkaras, honey badgers, and Indian pangolins–it is perhaps best known for its cluster of active mud volcanoes. A mix of hot spring activity, gas, and water react chemically with the surrounding rocks to form a boiling mud. When the mud is expelled, it continuously rebuilds the cones, which are easily eroded. One of the most famous mud volcanoes is Chandragup, a sacred annual pilgrimage site for thousands of Hindus, along with the nearby Hinglaj temple. 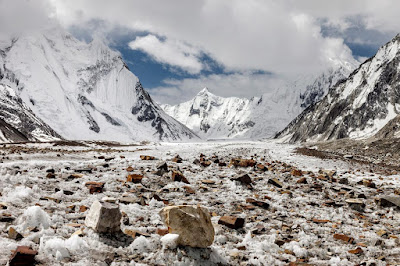 VIEW IMAGES
PHOTOGRAPH BY PIERRE ADENIS, LAIF/REDUX
BALTORO GLACIER
In Pakistan’s eastern Karakoram, Baltoro Glacier is one of the world’s largest valley glaciers. Though difficult to access, it is one of the most highly trafficked regions in Pakistan because of mountaineering destinations like K2, Broad Peak, and the Gasherbrum peaks at its head. The area is not only known for its stunning scenery, but as a life source–a large portion northern Pakistan’s population depends on meltwater from the Karakoram glaciers. 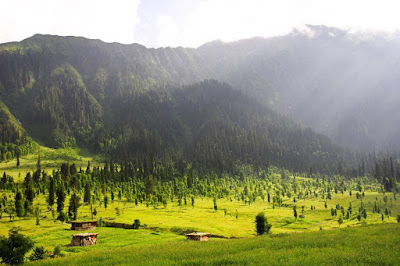 VIEW IMAGES
PHOTOGRAPH BY YASIR NISAR, GETTY IMAGES
NEELUM VALLEY
In northern Azad Kashmir, the bow-shaped Neelum Valley is sandwiched between 13,000-foot peaks and blanketed by verdant forest and streams. The small hilltop village of Arang Kel, pictured above, is known as the pearl of Neelum Valley. 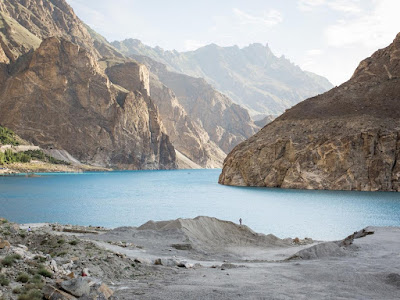 VIEW IMAGES
PHOTOGRAPH BY MATTHIEU PALEY, NATIONAL GEOGRAPHIC CREATIVE
ATTABAD LAKE
Nestled in the Hunza Valley, Attabad Lake’s vibrant turquoise waters cut through the rocky terrain. Though beautiful, the serene landscape has a violent origin story. The lake was formed in January 2010, when a massive landslide at Attabad Village flooded nearby towns, blocked the flow of the Hunza River, and displaced thousands of people. Today, it's a popular stop for tourists who can take boats out on the water.
PUBLISHED APRIL 5, 2018

The purpose of this site is to facilitate a dialogue in redeeming Pakistan for the good of her people (all people), her neighbors, and the world. Every one has to place all their cards on the table to have a genuine comprehensive discussion.

The first rule of thumb is to respect the otherness of others and accept the uniqueness of each group. You are who you are, and I am who I am, and let's see if we can make it work for the good of you and me both. God willing we will hold a symposium in Dallas at the end of this year, and see if we can develop a consensus model. If you have a genuine interest and can contribute to the dialogue, please send a 250 word summary to redeemingPakistan@gmail.com

Join Dallas Pakistanis by sending an email to:
DallasPakistanis-subscribe@yahoogroups.com

Join Pakistani Americans by sending an email to:
PakistaniAmericans-subscribe@yahoogroups.com

If you believe all humans are equal regardless of their affiliation, ethnicity, gender, race or religion, then you are invited to be on our panel. We are in no hurry to have members, only those who do not have bias towards a fellow Pakistani, and are committed to bring a positive change are invited at this time.

If you are serious, please send an email with exact 250 word statement as to why you would qualify to be on the panel to: RedeedmingPakistan@Gmail.com