The international Family Church called on members of the communities to join together for the Memorial Service for the Peshawar Victims. In times of tragedies, humanity comes together and I hope we do that when nothing is happening as well.

A note about the event was released by Javed Samuel Gill, the interfaith community activist, who has earned a name for bringing people together for goodwill nurturance.  His note follows my short address:

I pray for the Mughfirat, salvation and Mukti for the victims,
and pray for their relatives and friends to have faith in God.

Why do we have these problems and conflicts?

The answer is simple; we don't know each other. Instead of clarifying the doubts, we build up myths about the other. We don't solve our problems through dialogue, we hold it and manufacture a mountain out of it, and spend our energies in taking revenge or pulling the other down.

Quran's wisdom is so apt in this situation, in Sura Hujurat 49:13, God says that he has created us all into many nations, tribes and communities from one single couple. Indeed we are one large family and we have to learn to care for the other to build a safe and secure society.

He has created each one of us to be unique with our own thumb print, eye print, taste buds and DNA. He gave us the free-will and obviously with that diversity conflict is bound to erupt.

I appreciate your Church, the International Family church for setting a good example of bringing people together during conflict; we need to do this during peace times as well. God is right, if we know each other, conflicts fade and solutions emerge for all of us to live in harmony.

What can we do as a society?

The short term options are:

1.   Restore law and order, so that people feel safe to send their children to schools.

2.  Arrest all those directly involved in these massacres along with the accessories, and put them in Jail

A.  Education- the right education that teaches us how to live with each other, Prophet Muhammad taught that - that is learning to respect the otherness of others.

B.  There is a Hadith, where Prophet says, if anyone is unjust to another human, be it Jew, Christian or any, by God, on the day of Judgment, I will stand up against him in favor of the wronged.

We, the Muslims have a serious problem on our hands that we need to address.

Of course Quran and the Prophet expressly forbid killing any human, including self. Unfortunately the misguided groups like Talibans and the ISIS are killing and forcing their will on the innocent public.

Shamefully, they find justifications for their wrong doing in the secondary books that are cooked up, and regretfully no one has dared to correct them.  We all are learning now that Ibn Hisham's Seera and some hadiths have not been authenticated, but those guys believe in them and equate it to God's and Prophet's words. That is the real problem!

As long as those unauthenticated and unverified Seera books and some hadiths are out there, these guys will keep doing what they see in those books.

How do we change that? We have to call on Muslims to individually and severally come together and revise those books. It cannot be pushed on any one, but has to go through a process of discussion and acceptance of the corrected versions.  There is no compulsion in Islamic tradition, and it has to go through the process. If it is forced on them, it will have an adverse effect on the outcomes.

This is the biggest responsibility on Muslims, and we have to shoulder it gracefully. I will do my share of the work and ask you to consider your options.

Let's condemn the sin, but not the sinner - Amen

Let's pray that we do not harbor hate towards any humans -Amen.

Let's pray that we mitigate conflicts and nurture goodwill -Amen

Let's follow the genuine teachings of all religious masters - Amen

I am please to invite you to the 8th Annual Holocaust and Genocides event, the details are at www.HolocaustandGenocides.com

Many DFW area residents attended the memorial service organized by the Pakistan Christian Cultural Society at International Family Church (IFC) in Garland Texas.  This service was a tribute to remember the fallen children, teachers and their families.  People of all faiths, including Muslim, Sikh, Hindu and Christian came together to honor the victims of the massacre.   Javed Samuel Gill welcomed everyone and stated that in our grief we are one regardless of faith or denomination.

Dr.Salik Lamuel Gill opened the service with a prayer which was inclusive of all faiths.  Dr. Imanualla Khan recited a poem in English while Professor Habib Saddiqi shared his views on extremism in Pakistan today.  After another prayer by Pastor Javed Iqbal, the senior Pastor of IFC,  Javed Mirza spoke about the need to be wary of extremism in our backyard.  He stated the need to look at our neighbors and friends to see who promotes extremism so we can return to equality and promote peace as a society.

Mike Ghouse spoke on pluralism and how we can tolerate and appreciate the differences in each other rather than persecution.  Reverened Alexander Robert prayed for the victims and especially those left behind.  Younis Ejaz, a renowned poet of the Dallas Teaxs, recited a heart felt poem in which a child asks his mother to not pack him parathay for lunch but to get him pen and paper for those children who want to learn but cannot.  Rehmat Raza  also recited his poem for the victims.

Anjum Anwar, president of PSNT, who hails from Peshawar stated how she plans to go back to her hometown to elevate education which is in dire need.  The lack of education and resources is the cause of not valuing human life.  Shazia Khan and Omkar Singh also shared their views.  The most passionate oration was that of Irfan Ali who spoke about massacres of Shias, Ahmadies and Chrisitans.  He stated that coverage of events such as these are usually minimized or not reported at all.   Other distinguished guests who came to pay respect to the deceased were Nadeem Akhtar, Gulam Wariach, Junaid Qudsi and family, Azhar and Sheeba Gill,  Azhar Bukhari  among others.  After the service Eram Gill wife of Javed Samuel Gill stated that if more people in Pakistan held the views that were shared today the people of Pakistan would be invincible.

Mike Ghouse is a public speaker, thinker, writer and a commentator on Pluralism at work place, politics, religion, society, gender, race, culture, ethnicity, food and foreign policy. He is a staunch defender of human rights and his book standing up for others will be out soon, and a movie "Americans together" is in the making.  He is a frequent guest commentator on Fox News and syndicated Talk Radio shows and a writer at major news papers including Dallas Morning News and Huffington Post. All about him is listed in 63 links atwww.MikeGhouse.net and his writings are at www.TheGhousediary.com and 10 other blogs. He is committed to building cohesive societies and offers pluralistic solutions on issues of the day.
at 7:41 PM No comments:

My heart goes out to the innocent children. I have been trying to get my thoughts together about the death of innocent children, what possessed these loonies to take it out on children? How do we rid this ugliness from our societies? Where did we go wrong? I don’t see this as Peshawar’s problem; it is our problem, the problem of the entire world. Terrorism has to be choked, contained and removed, how do we do that?The Pakistani flag will be flying half and here in Dallas, we are gathering up for a candle light vigil on Saturday. It reminds me of the columbine and new town massacres, loonies opening fire on children. How can we stop this?

This is the first time, I have gone completely speechless, did not know what to do. Did not write, unlike the times I have done before including the 9/11 day.
I will find solutions to this and write about it. 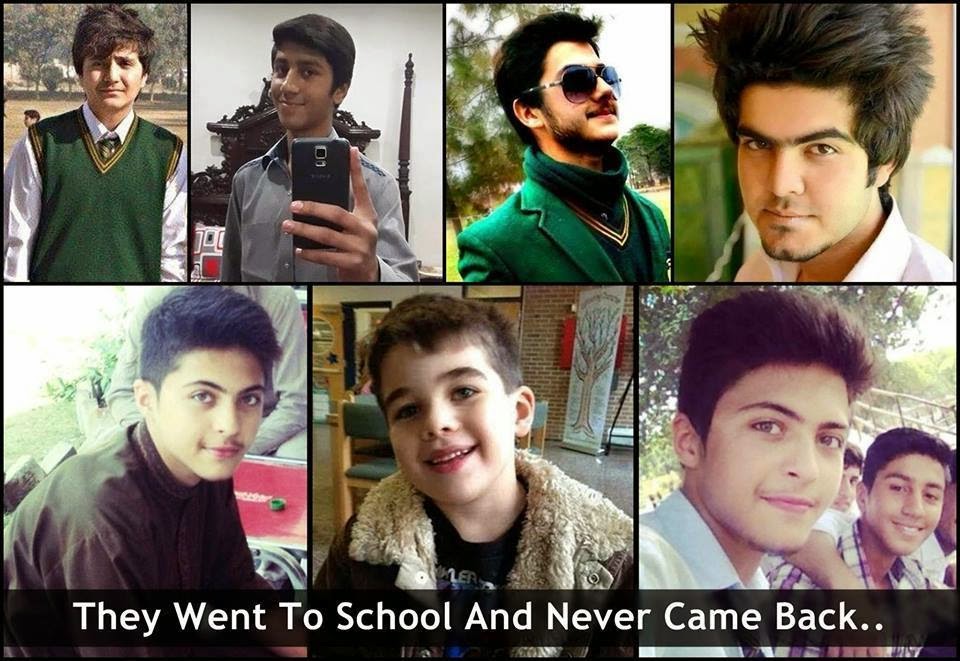 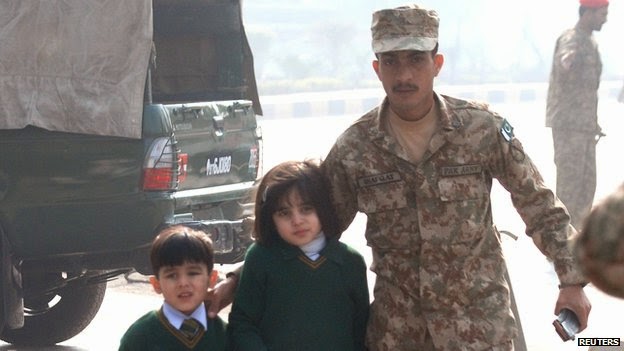 The purpose of this site is to facilitate a dialogue in redeeming Pakistan for the good of her people (all people), her neighbors, and the world. Every one has to place all their cards on the table to have a genuine comprehensive discussion.

The first rule of thumb is to respect the otherness of others and accept the uniqueness of each group. You are who you are, and I am who I am, and let's see if we can make it work for the good of you and me both. God willing we will hold a symposium in Dallas at the end of this year, and see if we can develop a consensus model. If you have a genuine interest and can contribute to the dialogue, please send a 250 word summary to redeemingPakistan@gmail.com

Join Dallas Pakistanis by sending an email to:
DallasPakistanis-subscribe@yahoogroups.com

Join Pakistani Americans by sending an email to:
PakistaniAmericans-subscribe@yahoogroups.com

If you believe all humans are equal regardless of their affiliation, ethnicity, gender, race or religion, then you are invited to be on our panel. We are in no hurry to have members, only those who do not have bias towards a fellow Pakistani, and are committed to bring a positive change are invited at this time.

If you are serious, please send an email with exact 250 word statement as to why you would qualify to be on the panel to: RedeedmingPakistan@Gmail.com